The government says it needs to disclose its funding. The post Singapore revokes license of online news outlet that often criticizes government appeared first on Reclaim The Net. 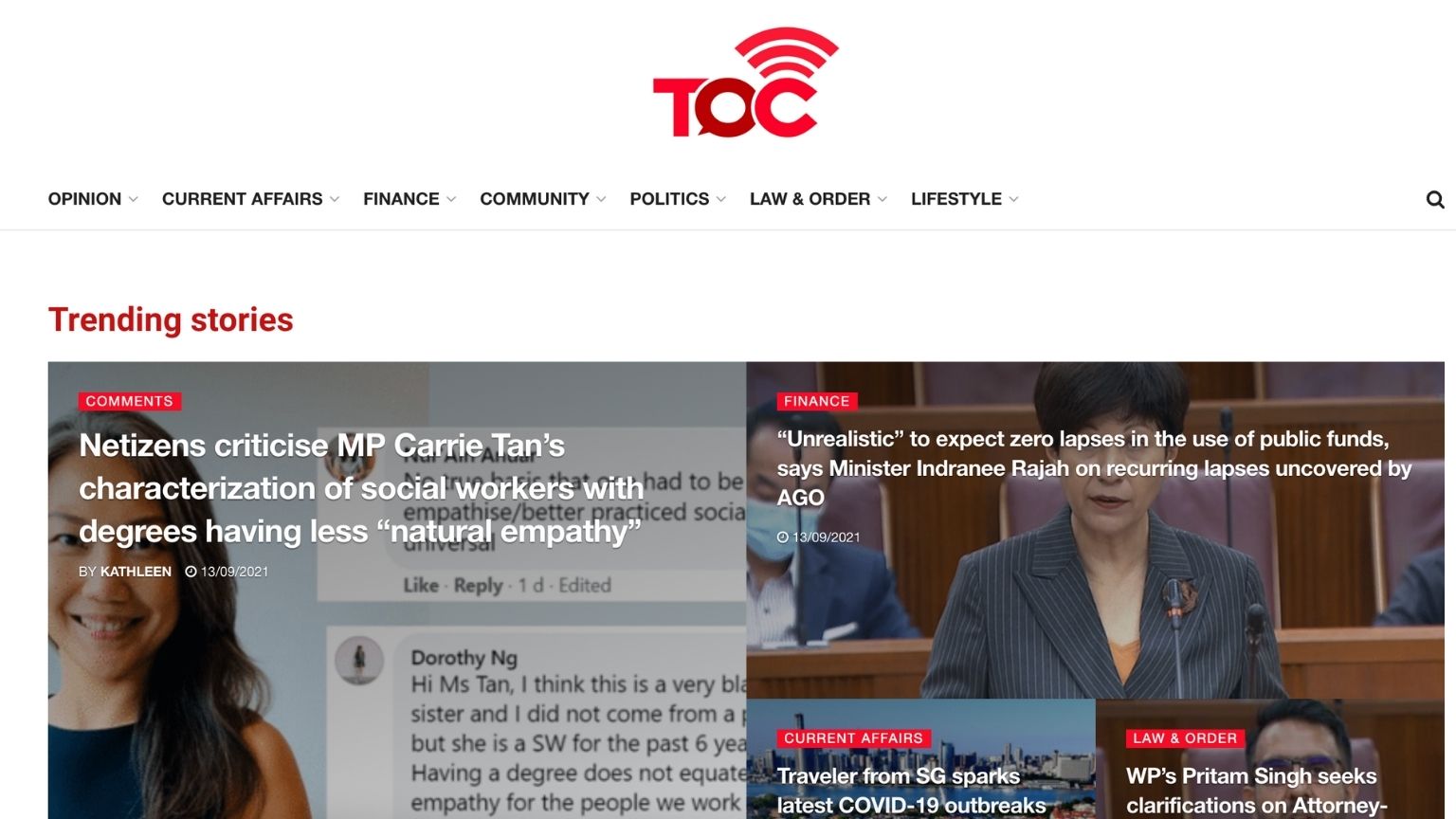 A news outlet in Singapore that often criticizes the government has been suspended by the media regulator for “failing to declare funding sources.” Rights groups have slammed the regulatory excuse and raised censorship concerns.

The Online Citizen (TOC) is one of the few independent news sources in Singapore. The outlet often publishes stories that are critical of the government.

On Tuesday, the country’s media regulator announced that it had suspended TOC’s license to operate its website and social media accounts because of its failure to disclose funding sources. The Infocomm Media Development Authority, in a statement, said that outlets such as TOC “are required to be transparent about their sources of funding.”

“This is to prevent such sites from being controlled by foreign actors, or coming under the influence of foreign entities or funding,” the statement added.

If the outlet does not disclose its funding sources, its license could be revoked permanently, AFP reported.

The outlet’s chief editor Terry Xu, speaking to AFP, said that it “has never received any foreign funding, nor would it in the future.” Xu added that the outlet was weighing its options.

Xu and a TOC writer had to pay a substantial amount in damages after losing a defamation suit against the country’s Prime Minister Lee Hsien Loong.

Where are Apple’s new Macs? Here’s what we’re still expecting Apple to announce...

Court Ruling Against Locast Gets the Law Wrong; Lets Giant...

Texas’ Social Media Law is Not the Solution to Censorship

London Met police chief invokes 9/11 to call for ban on...

The UK government has a little-known censorship unit