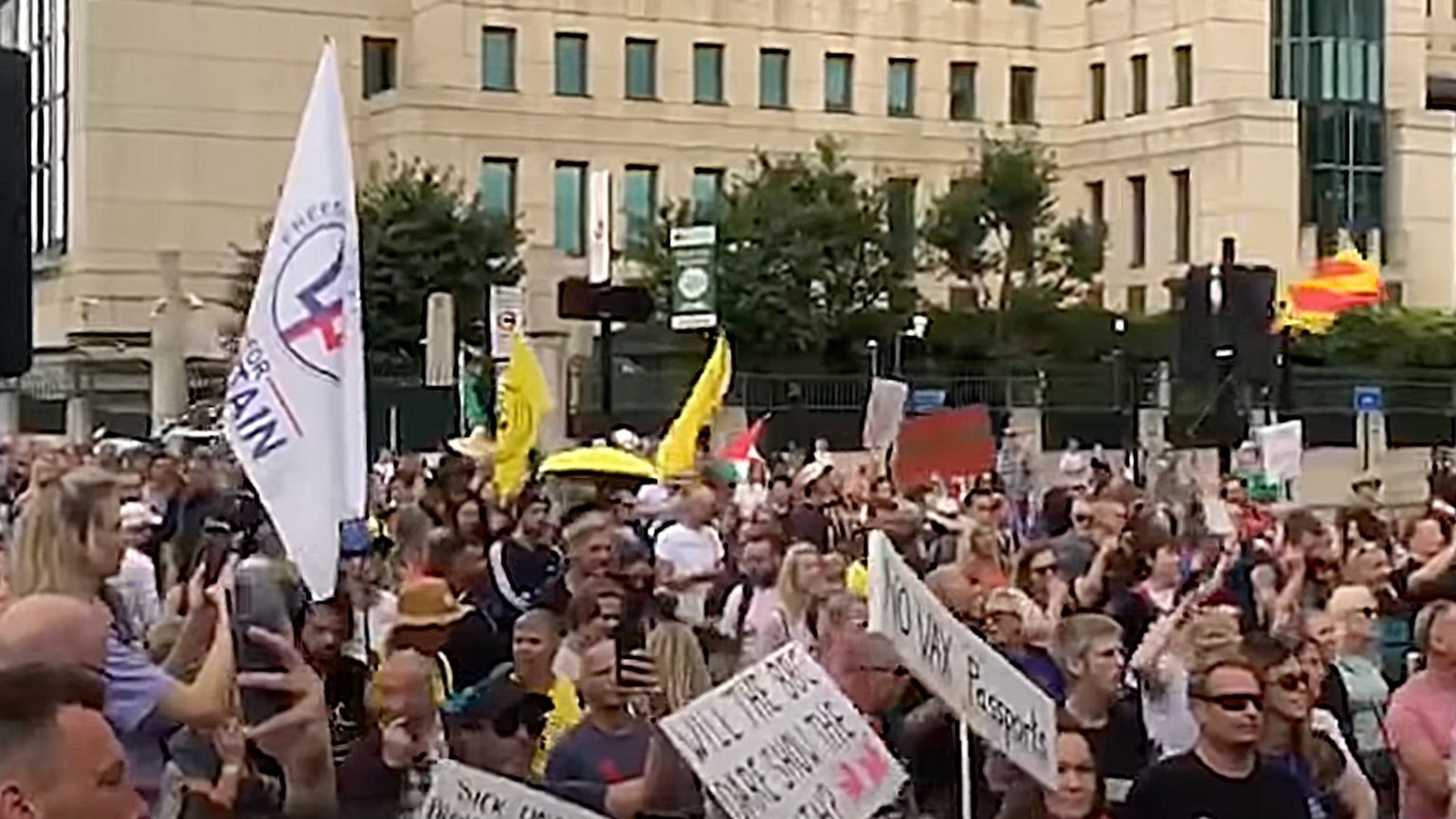 Sajid Javid, the UK’s Health Secretary says the government has ruled out the vaccine passport program that was originally planned.

The announcement came in the wake of a massive backlash from the lower ranks of the Conservative Party who are concerned about the extreme erosion of civil liberties and argued that, if vaccinated people can still get and pass on the coronavirus, vaccine passport mandates make no practical sense.

Britons took to the streets in protesting the vaccine passport system for its discriminatory agenda.

Javid, in an interview with the BBC’s Andrew Marr program, made it clear: “We will not be going ahead with plans for vaccine passports,” and that it would be held “in reserve.”

In advance of Mayor Boris Johnson’s announcement on Tuesday of the government’s “winter plan,” the Health Secretary declared that the government would not implement the controversial measure for nightclubs and major events.

Businesses and venues who are already demanding a vaccination passport are set to be allowed to continue to do so, but they will no longer have the government’s backing.

The news of the government refusing to back the vaccine passport came shortly after the Scottish leader Nicola Sturgeon announced on Tuesday that a vaccine passport program would go into effect in Scotland on October 1.

Sturgeon faced a challenge in this morning’s interviews as she tried to defend her controversial policies, in light of the Health Secretary’s statement.

“This is a very limited scheme,” she told SkyNews.

The post UK Health Secretary says vaccine passport plans have been dropped after backlash appeared first on Reclaim The Net.

BuddyPhones Cosmos Plus are full-featured travel headphones for kids

China to “civilize” the internet and “consolidate the guiding...